The Federal Government of Nigeria announced on Wednesday, June 8, a new program for unemployed graduates and  non-graduates called N-Power. The program seeks to give 500,000 youth between the ages of 18 and 35 an opportunity to participate in Nigeria's rebuilding and put a dent in the huge joblessness among Nigeria's youth.

N-Power is a two-year paid volunteer training program. Recruitment is in the areas of :

The video below gives an overview of the program:


The program seems interesting and very promising if indeed the Buhari administration follows though on the grand promise of the program. You can find out more about the program and how to apply on the website, http://npower.gov.ng/. The website and program will launch on Saturday, June 11.
Posted by Admin at 2:46 AM No comments: 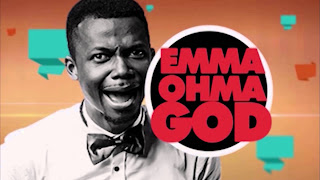 Sometimes a good laugh is all you need to brighten up your day a little. Laughter is good medicine and it should be taken often, once a day, by Dr. Naija American Girl's order. Haha :)

One of my favorite young Naija comedians is Emma OhMaGod. The guy is hilarious, talented, and very handsome too, lol. The first video I saw by him was this one, Naija Babes Mad at Davido. I watch am, laugh tire!

He has a ton of these kinds of parody videos, including All of Me by John Legend Owambe Cover, Happy by Pharrell (a follow up to Naija Babes Mad at Davido).

Another one of my favorites is Wash Me Nene, a parody of the popular American hip song, Watch me Whip, Watch me Nae Nae. He turns it into an Igbo praise song, and it is quite funny.


He also does straight comedy videos like this recent one, which puts a funny spin on the Nigerian fuel crisis.


Every once in a while he makes a nice praise song video, like Yin Oluwa


Check out the Emma OhMaGod Youtube page to watch some hilarious videos and subscribe to get notified whenever he posts a new video.
Posted by Admin at 10:14 AM No comments:

Did  you know that there is a page on Wikipedia on Nigerian Americans? Yes o my people... Wikipedia has recognized the large population of Nigerians in the United States and someone crated a page. It might have been a Nigerian. Wikipedia is an open source, after all.  That point aside, the page seems pretty interesting and accurate.

Some interesting info from the page is:

2. "Based on DNA studies, an estimated 80 percent of African Americans (about 35 million) could have some Igbo or Hausa ancestry. Therefore, 60 percent of them, according to historian Douglas B. Chambers, could have at least one Igbo ancestor."  So for those Afrocentric African Americans who love studying the Zulu kings of South Africa, the Asante of Ghana, Swahili language of East Africa, and ancient Egyptians, hoping to find a connection to their roots, many of them need look no further than good ol' Nigeria, haha!

3. US cities/areas with the highest Nigerian populations are:
I found it interesting that the Detroit area was on the list, because that's where I live. I have a saying. "In the Michigan Nigerian community, there's only one degree of separation between you and another person." Meaning, if you don't know someone, it's guaranteed that someone you know knows them, or a family member of theirs.

Prime example: I met this guy at a party back in my college days. We danced, he asked for my number, I gave it to him. I really didn't think anything of it. In the days that followed, the guy began disturbing me via text message and call. Ah, ah, which kin wahala be dis? I really wasn't into him, so after trying to be nice, I started ignoring him.

A few weeks later, guess who my cousin brings to my house? The same guy I've been avoiding! I didn't know that they knew each other. The two of them were heading to some event and my cousin decided to stop by just to say hi. When I see the guy walk in I wanted to disappear into thin air, but no such luck. My dad, ever the cheerful host, welcomed them in and I had to do the customary Naija serving of drinks and snacks to visitors, all while thinking to myself, "Is this really happening to me?"

As they were leaving, my dad started walking my cousin to his car; the guy lingered behind and was able to corner me and ask me why I hadn't been replying his message or picking his calls. It  was so awkward. I had no real answer except to give him a blank look. Hahaha! After that encounter though, he got the message and left me alone.

Going back to the list of US areas with Nigerian populations, I have been to all of these areas visiting Nigerian friends, family, or attending a Nigerian event.

I think it's cool that we are beginning to have documented information about Nigerians is America. We're definitely being noticed, and mostly for good things, like education, culture, and family values.

Check out the Wikipedia page to read more about Nigerians in America.

My blog will be 7 years old in December, and I've had the same design for the majority of those years. Well, I felt it was time to switch things up. Below is the old design. What do you think of the change? 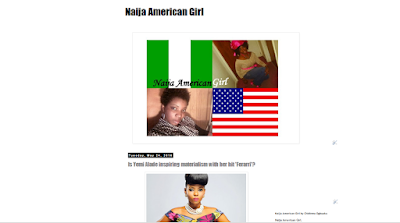